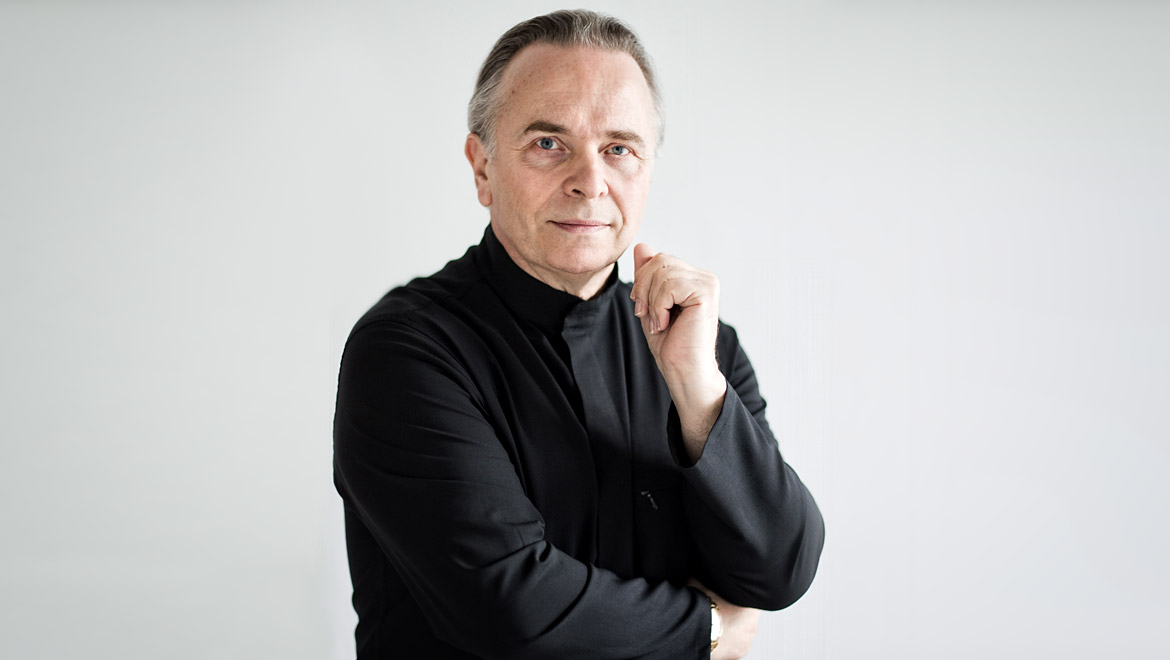 Sir Mark Elder CH CBE has been Music Director of the Hallé since September 2000. He enjoys close associations with the London Philharmonic and the Orchestra of the Age of Enlightenment. He was Music Director of English National Opera from 1979 to 1993 and has been Principal Guest Conductor of the BBC Symphony and City of Birmingham Symphony Orchestras. He has appeared annually at the Proms in London for many years including in 1987 and 2006 in the internationally televised Last Night of the Proms.

Sir Mark has appeared regularly in many of the most prominent international opera houses, including Covent Garden, the Metropolitan Opera New York, the Opéra National de Paris, the Lyric Opera of Chicago and Glyndebourne and was the first British conductor to conduct a new production at the Bayreuth Festival. Sir Mark was knighted in 2008, awarded the Companion of Honour in 2017 and the CBE in 1989.

In May 2006 he was named Conductor of the Year by the Royal Philharmonic Society. He received Gramophone Awards in 2009, 2010 and 2011 for his Hallé recordings of Götterdämmerung, The Dream of Gerontius, The Kingdom and Elgar’s Violin Concerto. In April 2011, he took up the position of Artistic Director of Opera Rara. He was appointed Principal Artist of the Orchestra of the Age of Enlightenment and awarded Honorary Membership of the Royal Philharmonic Society in 2011.